Fast forward a few years and I am working in Orlando at the local PBS station as the Traffic Manager and Promotion Assistant. In March 1974, I discovered that Bobby Sherman would be one of the celebrities at Sea World for the taping of the television show “Monty Hall at Sea World” which aired from 8-9 p.m. on ABC on 31 May 1974. I suggested that we ask Bobby Sherman to do a PSA for WMFE-TV / Channel 24 to use during pledge week to appeal to the young ladies in our TV audience. The Promotion Manager thought it was a great idea, and since it was my idea, I was allowed to tag along.

SeaWorld at that time was nothing like it is today! There were just a few attractions and Shamu was performing in what is now the Whale and Dolphin Stadium. Bobby, too, was not what I had expected. He was much smaller than his bio would lead you to expect. He was short and really thin, but he was still cute as a button. I have a few photos of Bobby in black and white taken by the station photographer Jim Irwin.

So, my teeny bopper dream of meeting Bobby Sherman came true at SeaWorld in Orlando, Florida on March 4, 1974, five years after I decided that I would someday meet him.

Bobby signed a release to allow the station to use his likeness in a spot to promote the station to the younger set and on the reverse he wrote: “To Kim, A pleasure meeting you. Love ya, Bobby Sherman.” (See release and autograph links below).

An article was written in the Orlando Sentinel Star on the front page of the After Hours section on 24 March 1974. It has been scanned in three segments due to size of the article. 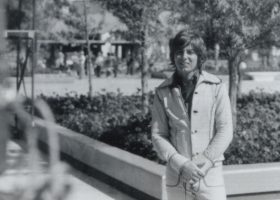 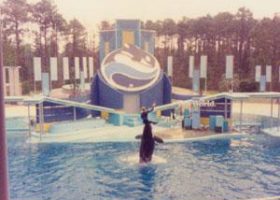 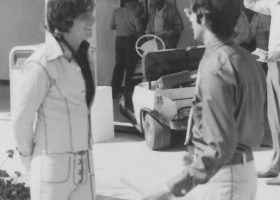 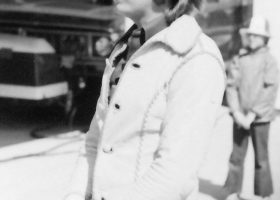 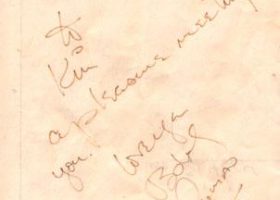 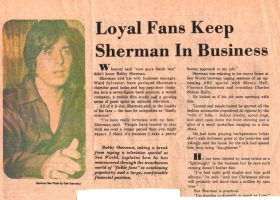 Bobby Sherman - OS 24 March 1974 - part 1
An article was published on the front page of the After Hours section of the Sunday Sentinel Star on Sunday, March 24,... 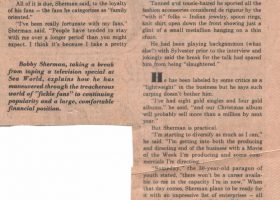 Bobby Sherman - OS Article 24 March 1974 - Part 2
An article was published on the front page of the After Hours section of the Sunday Sentinel Star on Sunday, March 24,... 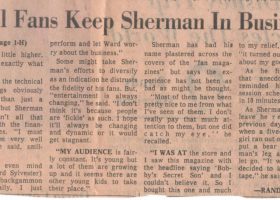