On Saturday, December 5, 2009, my daughter and I spent the day park hopping at Walt Disney World. This was our Christmas present to each other. It rained the first half of the day and then it got cold and windy, but we had a great time.

At Animal Kingdom we saw the Lion King, rode Mt. Everest and took the Safari tour. We rode Space Mountain and saw the Princess and the Frog Riverboat show, listened to the Barbershop Quartet, saw the Electro Magic parade and the special Christmas fireworks over Cinderella’s castle all bedecked in glistening lights so that it looked like it was covered in ice crystals. At Epcot we experienced Candlelight with conductor Dr. John Sinclair and guest narrator, Stephen Curtis Chapman.

We hopped to Disney’s Hollywood Studios – formerly the Disney MGM Studios – at 7:15 to see the Osborne Family Lights before the park closed at 8 p.m. The lights first appeared at MGM Studios in 1995 on the neighborhood houses on the backlot tour that included house props used in several popular television programs at the time, including “The Golden Girls.” My family had seen television stories about the Osborne family in Arkansas and their lights long before the lights came to Orlando. We first saw the lights in person at MGM Studios in 1995. I had not seen the lights in about 10 years and they were even more spectacular than I remember.

The portion of the backlot tour where the house props were located was dismantled years ago and the lights had to find a new home. The lights now grace all the buildings along “The Streets of America,” formerly New York Street. The display was promoted as the Dancing Lights and dance they did to an assortment of Christmas songs performed in a variety of styles from traditional to rock n roll.

HISTORY OF THE OSBORNE FAMILY LIGHTS

It all started innocently enough when a 6-year-old girl asked her adoring father for some Christmas lights. What eventually transpired, however, was a huge controversy that drew worldwide attention and the ears of the United States Supreme Court. While six years have passed since the Osbornes were ordered to shut down their massive Christmas lights display at their home in Little Rock, the legend of the lights lives and onlookers continue to drive by the compound in December wishing for one more glimpse.

Ironically, Jennings Osborne never had Christmas lights on his home as a child raised in Fort Smith,Ark., some 140 miles west of Little Rock. Even so, Christmas was the most celebrated time of the year and the single holiday where the Osborne’s took a brief respite from their crushing workload to be together as a family.

“It was a tradition started by my father, Bryan,” Jennings remembers. “He loved Christmas so much and made it a special day for our family.”Upon Bryan Osborne’s death in 1968, Jennings emerged as the family patriarch and continued the tradition his father treasured. He, Mitzi and later Breezy (born in 1980) made the annual trek to Fort Smith. “For many years, it was our only day off,” Jennings says.

A new tradition started in 1986 when Breezy, then 6, asked her father if he would hang some Christmas lights at their home in Little Rock. He happily obliged and began modestly with 1,000 red lights. “Each year after that, it got bigger and bigger,” he recalls. “I’m never satisfied. I’m always chasing a dream.”

By 1993, the display grew to 3 million lights and could be seen by plane from as far as 80 miles away. The extravaganza included a three-dimensional replica of the world, which was suspended 100 feet in the air that would flash PEACE ON EARTH. Also included was a computerized light display of a train engineered by a waving Mickey Mouse.

“It was our own little Disney World,” Jennings recalls with a smile. As a result, thousands from all over the state flocked to see the world’s largest home Christmas light display. Television crews from as far away as Japan and Australia chronicled the massive event.

But Jennings couldn’t fathom how many lives he would touch. Wading through thousands of letters of appreciation, one continues to stand out. “Last December, our little girl, Alex, was 4 years old and as most children, she loved your beautiful Christmas lights,” Pat Pope of Benton, Ark., wrote in 1991. “Shortly after seeing your lights, she relapsed with the cancer she had been fighting for a little over a year. We lost our Alex on Dec. 30. “Thank you so much for your lights. My family appreciates the time, hassle and the money that you share and put into your lights. I hope you get an opportunity to see the faces of the children (and adults, too) that look at your lights.”

To this day, Jennings is still moved by that letter. “That’s what made it all worthwhile,” he says with a smile. “I think some people have the impression our lights were to get attention. No, our lights made people happy. And as a result, that made us happy.”

Unfortunately, the Osborne’s neighbors couldn’t grasp the altruism behind the light display. They cited it as a nuisance, and filed a law suit that was eventually heard by the Arkansas Supreme Court. “It tears my heart out to this day,” Jennings says. “They don’t get it. Our lights were Christmas for a lot of people.”

To appease his neighbors, Osborne was amenable to several compromises. He shortened the time his lights were turned on and even hired four off-duty policemen to assist neighbors leaving and returning to their home. But just like Alex, one family pulled at his heart strings and he defied a court order.

“It was a family from Pine Bluff who arrived minutes after the lights were ordered to be turned off,” Jennings recalls. “The father had gotten off late from work and rushed his children to see the lights. He told me his story and I just couldn’t say no.”

As a result, the Osbornes paid a $10,000 fine for defying the court order. “And it was worth every penny,” Jennings says. Again, his neighbors used the act as ammunition to have the display shut down for good. The Osborne’s appealed to the United States Supreme Court but Justice Clarence Thomas sent the motion back saying that it was not unique enough.

“I thought my world would come to an end,” Jennings said. “Somebody was denying a gift I was giving.”But as the Osbornes came to find, God opens a door for every one he shuts. Soon after his light display was shut down, he was contacted by Disney World to bring his lights to Orlando, Florida.

Beginning in 1995, the Osborne Family Spectacle of Lights opened with 4 million lights and has become the park’s third largest attraction. Additionally, the Osbornes sponsor light displays in 32 cities in Arkansas. “As it turned out,” Jennings muses, “it’s the greatest thing that ever happened. Now, millions get to see it. I get to share my gift with the world.”

Take a look at all the images of the lights below!

Walt Disney World announced Friday the 2015 holiday season will be the last year for the long-running Osborne Family Spectacle of Dancing Lights at Disney’s Hollywood Studios.

In a post on Disney Parks Blog on Friday, Disney cited upcoming construction for the theme park’s new lands based on Toy Story and Star Wars.

In order to prepare for some incredible experiences coming to the park, including the recently announced Toy Story Land and a Star Wars-themed land, we will not be able to present The Osborne Family Spectacle of Dancing Lights in the future. Our heartfelt thanks go out to the family of Jennings Osborne for letting us share their family tradition year after year. 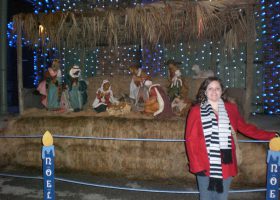 Osborne Family Lights 2009
Part of the original display in 1995 was an almost life size Fontanini Nativity located in front of the town hall in... 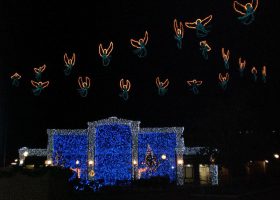 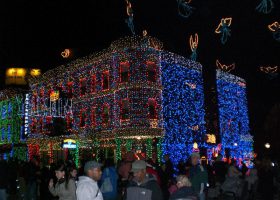 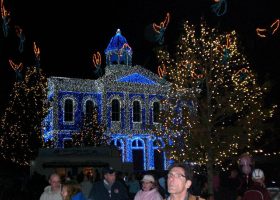 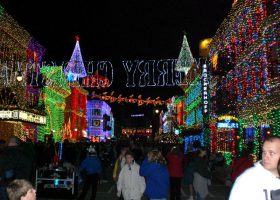 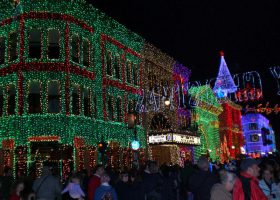 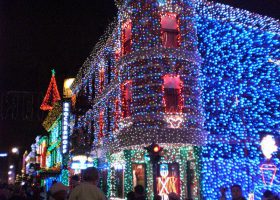 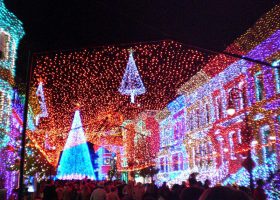 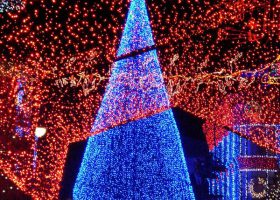 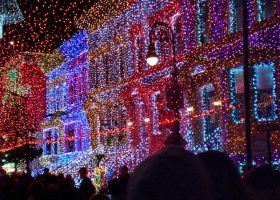 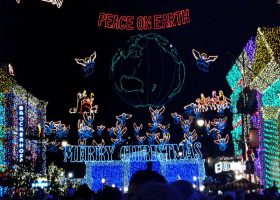