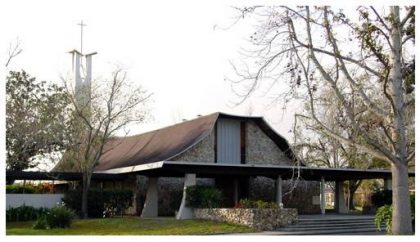 Founded in January, 1955, Christ the King Episcopal Church held its first services in the Azalea Park sales office of Phillips Properties on Lake Barton Road (now known as South Semoran Blvd.) The growing congregation soon moved to their newly built sanctuary on Willow Drive, on one of the several two-acre lots donated by developer Wellborn C. Phillips for churches to be built in the newly formed Azalea Park. The current sanctuary was completed in 1961 and the previous sanctuary then (as now) served as the congregation’s fellowship hall. 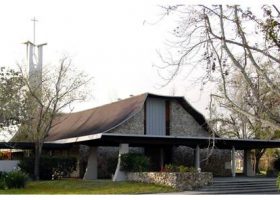