A newspaper article in the Orlando Morning Sentinel 15 February 1934 lists the eight men responsible for the reorganization of the First National Bank of Orlando. 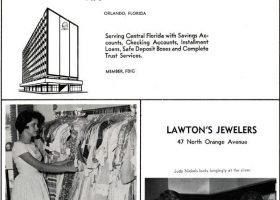 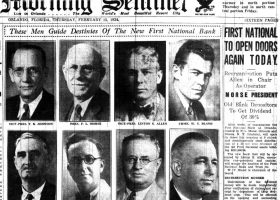