When Robin Murphy helped found St. Michael’s Church in 1948, men signed the charter and women taught Sunday School. Today women are bishops and Mrs. Murphy herself has led the church as Senior Warden.

The important work she started of organizing a Sunday School program for St. Michael’s Church in College Park has blossomed into several ordained ministers getting their Christian leadership foundation at the church.

From Mayor Glenda Hood to Christian Service Center President Virginia Bryan to leading Sentinel writers: Ormund Powers, Dan Tracy and Harry Straight, all have received the blessings of St. Michael’s as a foundation for bringing good works to our community.

Inspiring leadership and service to God and neighbor, St. Michael’s Church, the small Episcopal church which started in Duckworth’s Garage on Edgewater Drive is today a paradigm of church and community life.

Regarding the transition of women to church leaders, Mrs. Murphy says, “Well, I think it’s a wonderful thing. Of course, we now have women who have their vocations in the church and St. Michael’s has had some wonderful people who have done that.”

When asked about her life of service in the church Mrs. Murphy, mother of five, reflects:  It has meant everything to me. The friendships there. And there are other, you know, it’s a community out there. The Methodist Church and the Baptist Church and St. Charles around the corner. It’s a good feeling. They all have a little different outlook on things but it’s the same direction.

For enhanced perspective on the history of women in the church by decade see the Episcopal Women’s History Project. 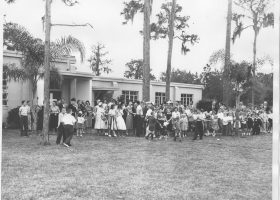 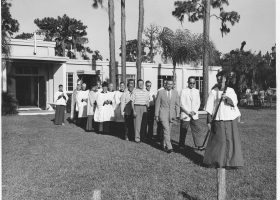 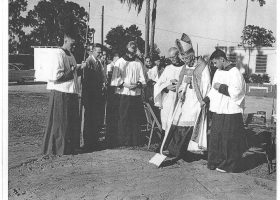 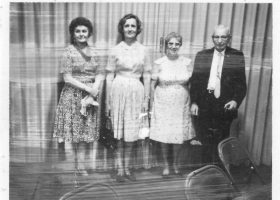 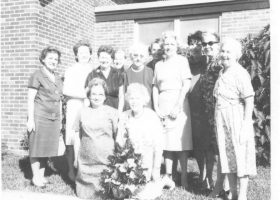 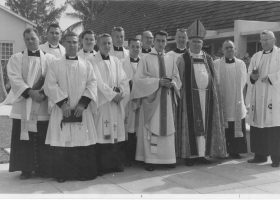 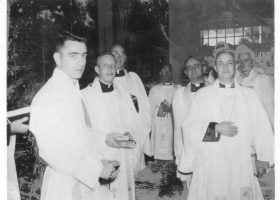 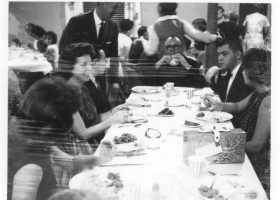 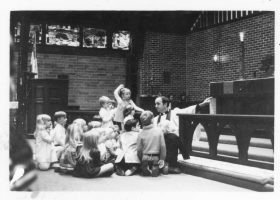 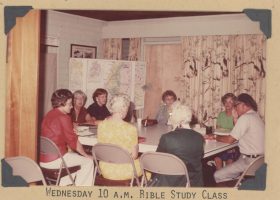 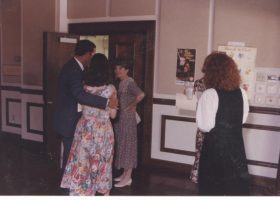 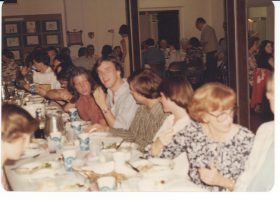 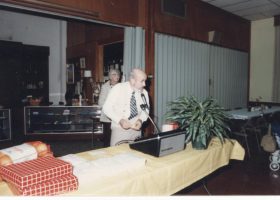 Episcopal Church Women, ECW, are an active group with a long history of serving in the church. In this excerpt from an oral history interview Mrs. Robin Murphy recalls, "They used to do hospitality matters, now they have a business responsibility just like anybody else." She says, "Mrs. Cook is a good example of that," referring to real estate attorney and mother, Deborah Cook, who is a member of St  Michael's Church and active in ECW.

Mrs. Murphy, who is a mother of five, remembers her early church experience at St. Michael's working with the "women's things" back in the day when females cared for the children and served primarily in hospitality ministries. Later she would serve as senior warden in the vestry at St. Michael's Church and her husband served as junior warden.

Mrs. Murphy fondly remembers their family's friendship with architect Nils Schweizer in this excerpt from an oral history interview on September 12, 2012.  Mr. Schweizer gave a presentation on church architecture for an ECW Luncheon at St. Michael's Church.

He and his wife were good friends and we admired his son whose office was over in New Smyrna at the time... Orlando at that time had a busy organization of architects. And as my memory serves it was probably between 25-30 architects. We've had many more than that in recent years as our city has grown. The size of many offices and the office that my husband started is very large: Hutton and Brady. It used to be Murphy, Hutton & Brady and he started that office and they're very kind to give him credit for that when they talk about the history of their office.

The history of Hutton Brady Architects states: The foundation of HuntonBrady Architects was established in 1947 in Orlando, Florida, by the integrity and talent of Robert Murphy, a Harvard graduate from Charleston, South Carolina. Read more.

For more information on the history and contributions of the Episcopal Church Women we invite you to read their history and visit the  ECW website  for current activities.


There are currently no video related to this memory.
Saint Michael's Episcopal Church

St. Michael's Episcopal Church was established in 1948 in College Park of Orlando. They have a variety of ministries reaching out to the community and the Church, making a difference in people's lives. Learn more.