The Orlando SAI Alumnae Chapter was chartered on April 4, 1957.

In April 2007, we celebrated our 50th Anniversary. Although active from the beginning, the chapter gained new impetus in 1976 with the formation of the Zeta Tau Chapter at the University of Central Florida. The SAI Alumnae Chapter is active in the Central Florida community by participating in local churches, teaching at area colleges, composing for world premieres, musical groups, and schools. Our members give small performances in nursing homes as well as presenting an annual musicale featuring American composers.

The Orlando Alumnae chapter has actively helped the collegiate chapters at UCF, Stetson, and Rollins by holding an annual scholarship competition. Several scholarships are offered to defray the cost of education. Members of the Orlando Alumnae Chapter serve as advisers, help with initiation and other ritual services and lend a hand where needed. In July 2006, we were the Host Chapter for the SAI National Convention which was held in Orlando.

Traditional joint functions with nearby collegiate chapters include a fall Potluck Supper to kick off the school year, and Incorporation Day Luncheon held in December, a Senior Commitment Service, which also honors Founders’ Day, and a Potluck Dinner with husbands and guests. 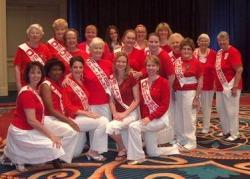 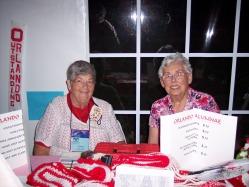 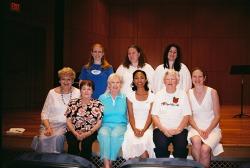 Sigma Alpha Iota - A Salute To Women In Music