Founded in 1941 as Orlando Osteopathic Hospital, Orlando General Hospital was once a 15-bed facility that was a large converted house located at 603 Hillcrest Street.   Click here to see an image of this house circa 1940. 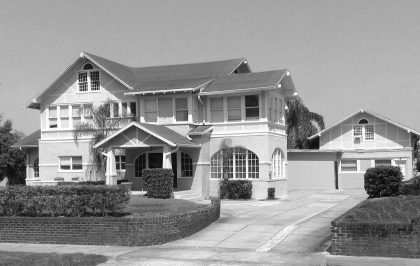 The Lake Underhill Road facility opened on October 1, 1961 with 50 beds. 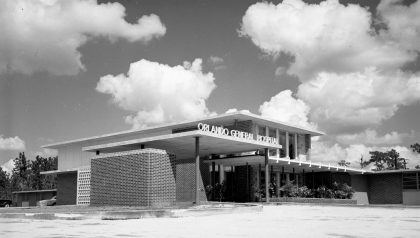 The unfinished parking lot and drive way indicate that these photos were taken circa October 1, 1961. 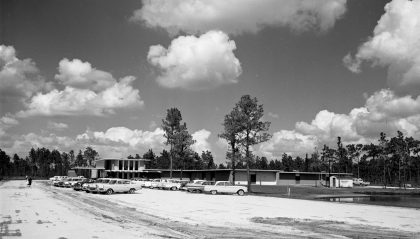 In 1990, Orlando General Hospital was acquired by Adventist Health System and is now Florida Hospital East Orlando, which currently has 265 beds. 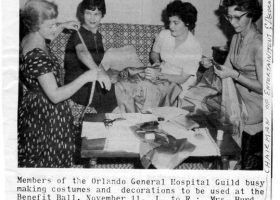