The following early history of Orlando’s African American chamber of commerce appears in their 1955 business directory, their 10th anniversary edition (pages 6 – 7.).  Here we find many names of civic leaders familiar to our community.

HISTORY OF THE ORLANDO NEGRO CHAMBER OF COMMERCE

On May 27, 1945 a group of Negro men, at the request of Mr. Arthur R. Kennedy, met at Kennedy’s home to discuss ways and means of assisting the city with its many worthwhile civic projects. After some discussion, it was agreed that representatives from the Greater Orlando Chamber of Commerce should be invited to a meeting the following week. The invitation was extended and accepted. To the delight of the entire group, Mr. Robert S. Carr, President; Mr. A. C. Slaughter, Sec’y.; and Mr. Claude H. Wolfe, a member of the Board of Directors met with our group; and to a great extent, furnished the spark that Ied to organizing the Orlando Negro Chamber of Commerce.
For several months, the discussion and planning were kept alive and on November 4, 1945, the Chamber of Commerce was organized on a temporary or experimental basis. A group of temporary officers were elected. The first president of the Orlando Negro chamber of Commerce was Mr. Arthur R. Kennedy. J. Maxie Day, vice president;Robert L. R. Belle, recording sec’y., Alvie Whittington, Treasurer; James B. Walker, business manager; Wilt C. Alexander, assistant business manager;

The Chamber of Commerce received its first financial assistance from the city during the administration of Mayor W. M. Beardall, and the city’s support and cooperation has followed through into the present administration under Mayor J. Rolfe Davis. In 1950, Mr. R. V. Gripper was elected president; Z. L. Riley, Executive Sec’y.-Mgr.  The Chamber of Commerce continued to move on in rapid speed trying to make its program felt throughout the community; even into every home.  In 1952, Mr. James B„ Walker was elected president and again in 1953. In 1954, F. W. Williams was elected president.  Here stands your Chamber of Commerce in 1955 at the tenth mile stone on its civic journey Iooking forward for greater things to happen. And greater things will happen because of the strong support and cooperation given the Chamber’s program. In this booklet are shown some of the religious and civic Ieaders of the city, who are willing to devote themselves to the business and civic problems of our community and trying to make Orlando a better place in which to Iive.

Back to top
TAGS: Orlando Negro Chamber of Commerce
ATTACHMENTS 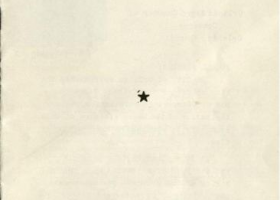 The Orlando Negro Chamber of Commerce published their first business directory in 1949, under the direction of chamber president, Z. L. Riley.  Included is a letter of congratulations from then city mayor, William Beardall as well as a letter of welcome by President Riley.  To view the document click on the image or on the white button above the image.

Viewing this document requires a PDF reader; you may download a free reader from Adobe here.