Skip to content
Fawn was a very talented graphics designer and received awards for her work on a variety of projects. SEE IMAGES below for information about two of these projects.

An Orlando man killed his girlfriend in their downtown apartment by stabbing the woman with a large samurai sword and a smaller blade, Orlando police said late Wednesday. The woman was stabbed early Wednesday inside the couple’s first- floor apartment on East Amelia Street. The man later headed to east Orange County, broke into the Christmas Community Center, called 911 and told the Orange County Sheriff’s Office about the stabbing, Orlando police said.

“It seems something in their relationship caused him to snap, and he killed her,” said Sgt. Rich Ring, supervisor for the Orlando police homicide unit. Christopher Dunsmoor, 25, was arrested on first-degree murder charges in the death of Fawn Sue Trivette, 28. “Somebody wasn’t happy with what somebody did, and we’re not sure what it was,” Ring said. Trivette’s mother, Deborah Trivette, reached at her home in Melbourne, described her daughter as “a wonderful girl.” “My heart is broken,” she said. “What more do you want? “We have hell to face in the next coming days. Bring her back. Can you do that? No!”

She said there were no apparent signs that the relationship between Dunsmoor and her daughter was troubled. She said her daughter “grabbed onto life like a bulldog” and wore purple hair proudly. “I’m thinking of what his parents must be thinking right now,” Trivette said. “It’s the loss of my daughter and the loss of their son.” According to arrest papers, Dunsmoor admitted to Orlando police that he killed Trivette early Wednesday.

Dunsmoor “stated he got into an argument and stabbed her with a knife,” the arrest affidavit said. After an hour, she was still making sounds, so he “obtained a sword which he used to strike the victim’s neck an unknown amount of times.” “The defendant stated he did so because he did not want the victim to suffer.”When he called the Sheriff’s Office, Dunsmoor made references to the killing and said, “My girlfriend is dead,” Ring said. Police were called to the Amelia Street address after Trivette’s relatives became concerned about her well-being. Officers entered by force and found the woman. Dunsmoor was at the Orange County Jail. The two-story beige Victorian home with a green door, green shutters and a covered porch sat empty Wednesday. Yellow crime-scene tape surrounded the home, and a police cruiser sat out front. Earlier, police allowed two brothers who live in the upstairs apartment to collect their belongings and leave. The home is less than a block from the Orange County Courthouse, where the criminal case most likely will end up.

ORLANDO— An Orlando man Friday pleaded guilty to second-degree murder in his girlfriend’s 2005 stabbing death. Orange Circuit Judge Jose R. Rodriguez sentenced Christopher Dunsmoor, 26, to 40 years in prison. Prosecutors say he stabbed Fawn Sue Trivette, 28, after an argument July 27, 2005, in their apartment on East Amelia Street. He used a samurai sword when he saw she was alive an hour later, telling investigators he didn’t want her to suffer. 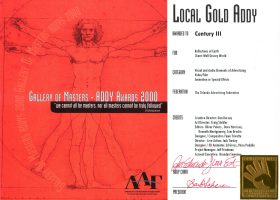 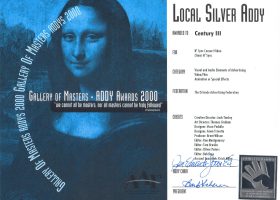