After the Magic Team lost in their first trip to the NBA Finals against Houston Rockets, Coach Hill and Magic staff and players returned to Orlando to thank the fans.

My son, Christopher, was a big Magic Fan despite the fact that he’d never attended one of the games. Coach Hill’s kind and low key demeanor endeared himself to my son and my husband and I.

My son was heartbroken for Coach Hill after the Magic lost in the NBA finals as he was concerned that Coach Hill would be canned. When he heard on the radio that the Coach would be at the Orlando Arena on the morning of Friday, June 16, 1995, he asked if we could go to “Thank him for being such a good coach.”

The Magic staff were there to thank the fans and sign autographs but our family came to thank him for being such a great role model for our kids. In the sports world you usually encounter trash talkers and super-sized egos and Coach Hill was none of those.

He insisted on signing a poster for me as well. This is it. 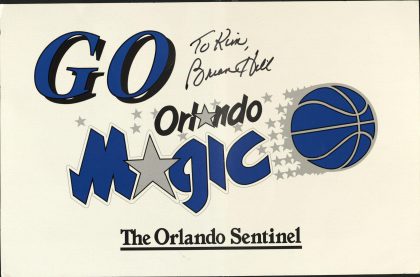 THE ORLANDO SENTINEL – Saturday, June 17, 1995
Caption: PHOTO 2: On Friday, it was the Orlando Magic’s turn to say thank you. About 100 Magic staff members – even Stuff, the Magic’s dragon – spread throughout the Orlando area to let the team’s fans know that their support did not go unnoticed this season. Coach Brian Hill (above) supplied autographs non-stop from 7:30-10 a.m. outside the Orlando Arena. Team President Bob VanderWeide (right) and assistant Cynthia Moore handed out plenty of thumbs-up signs to motorists at an exit ramp off Interstate 4. 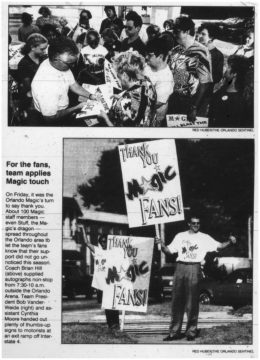 Read about his coaching career at NBA.com 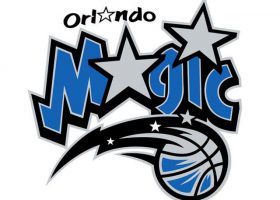 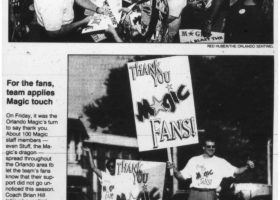