Orville Rhoads Davis came to Orlando in 1929 to serve as principal of Memorial Junior High School, which was located on Rosalind Avenue, facing Lake Eola, where The Metropolitan at Lake Eola condominiums stands today.  (Many may remember this location as the Harley Hotel.)  In the fall of 1952 the new Edgewater High School opened with Mr. Davis as its first principal.  After retiring, Mr. Davis was called to return as Superitendent of Orange County Schools for 1966 -1967.  Orville R. Davis remained involved in the community for many years, writing and compiling several books about education here in Orlando.

This interview was conducted on May 1, 1993 by Jim Spence for the Friends of the Orlando Public Librarys’s Oral History Committee. We are grateful for the Orange County Regional History Center‘s making this recording available for Orlando Memory. 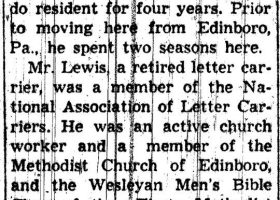 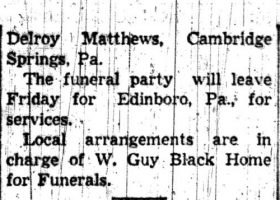 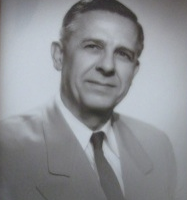