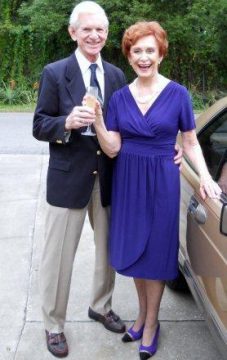 Artist Josephine Huggins shares what she enjoys most about living in College Park in   this excerpt (3:37)  from an interview on May 8, 2012.

Jo Huggins came to Orlando in 1957, after working in fashion design, and began her successful dog portrait business here in the 1960’s.

Her work is sought after by many collectors in the southeast and such local stars as Mr. Richard who requested a commission of the family Boxer for his wife, Danielle, as a present.

The name College Park first appears in this area in the February 1925 CABCO subdivision plat. However, according to the College Park Neighborhood Association History, “Walter W. Rose’s December 1921 plat of Rosemere shows college named streets –   Princeton, Harvard, Yale, and Cornell. And so, in early 1925 when the Cooper-Atha-Barr Company (CABCO) decided to develop near Rosemere they named their subdivision College Park.”

Photo of Jo and Ted Huggins of College Park celebrating on their way to the Annual Meals on Wheels Gala, October 15, 2011. 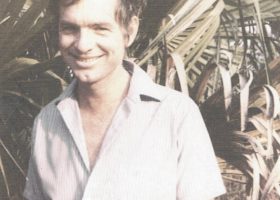 Ted Huggins
Photo of Central Florida builder Ted Huggins of College Park. Ted's grandfather was one of the first contractors in Orange County. The Huggins brothers,... 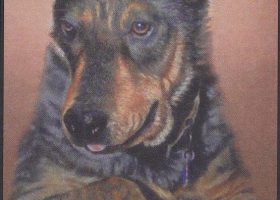 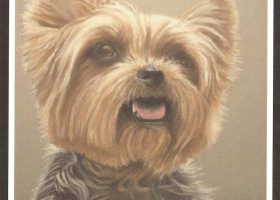 Central Florida builder Ted Huggins built Brandywine, the first condominiums in the area of College Park. His grandfather was one of the first contractors in Orange County.  In this  excerpt   from an oral history interview on May 8th, 2012 Ted and Josephine Huggins, share their colorful stories of working together building the condominiums located on Dubsdread golf course. Ted's wife Josephine, who has a background in fashion design and expertise in fiber construction, noticed the carpet the owner was paying for was not the carpet being put down on the floors. The Huggins recall how Jo, who was Ted's girlfriend at the time, became the field superintendent on the Brandywine project  and "ran the best field office we've ever had" according to owner Huffman. They would later leave the company, start their own and work for Huskey Realty on the building of Sweetwater Oaks. Learn more about the construction of Orlando's communities and Ted's dedication to "A Job Well Done" in this interview.