Mount Zion Missionary Baptist Institutional Church Presentation to the Historic Preservation Board, City of Orlando, on June 6, 2007 and updated for the 130th Church Anniversary by Lillian Lancaster, Church Clerk.

Excerpt: In the last quarter of the 19th century in an area of Orlando that included Robinson Street and the East side of Division Street, a few believing Christians met together weekly to pray, to teach from God’s word and to praise God for how He had brought them such a mighty long way. Many years later their story would be passed down to their children, and it would sound something like this.

These are the voices from the past:

The time was 1880, nearly 127 years ago. It was just five years after Orlando was incorporated as a town with 85 inhabitants. Later Mt. Zion would come to be known as the oldest African American Baptist church with continuous service of worship and teaching and serving in the Central Florida area.

The year 1880 there were just 8 families of us and we would gather together every Sunday…. 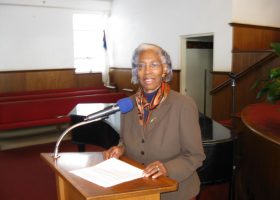 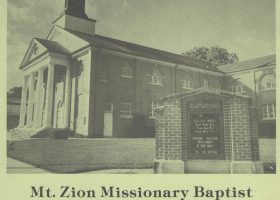 Mt. Zion Missionary Baptist Institutional Church
Cover photo of the One Hundred and One Years, "A Journey With Jesus Christ - Step By Step Through Faith and Prayer"... 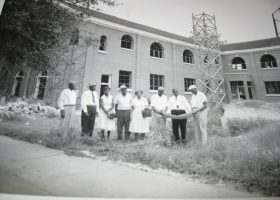