If you have ever visited MGM/DISNEY STUDIOS now DISNEY HOLLYWOOD STUDIOS, you probably encountered the a cappella singing group, Four For A Dollar. They performed at the Beauty and the Beast theater while guests were being seated under the guise as sound men or custodial staff. The group members changed a bit over the years but the music and mayhem was always great.

It is really sad that Disney has chosen to save money by cutting entertainment when that is why my family visited in the first place. Our visits to Walt Disney World have diminished as live bands and singers have been replaced with canned music or done away with altogether. We always thought Four For A Dollar would survive cutbacks since they don’t need a band to bring down the house with applause and laughter, but we were wrong.

Thank you, Four For A Dollar. You had a great run while it lasted.

Back to top
TAGS: Beauty and the Beast, Clark Barrios, Disney Hollywood Studios, Four For A Dollar, MGM Studios
ATTACHMENTS 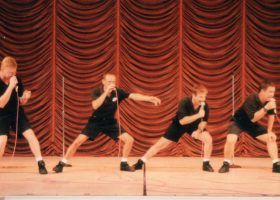 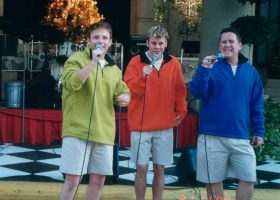 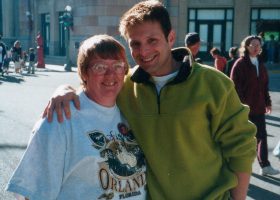 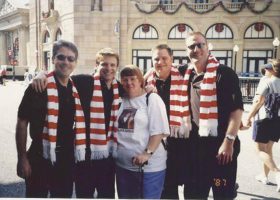