LISTEN as Mr. Gray tells the story behind the hat in this excerpt from an oral history interview at his Gray Robinson law office in downtown Orlando on April 23, 2014. 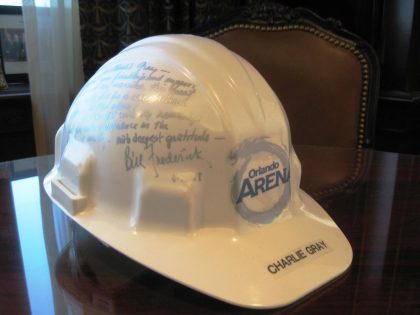 Without your friendship and support on several occasions this great arena would still be a dream and its site a blighted slum.

Where this hat with the knowledge that you made a difference in the history of our city. 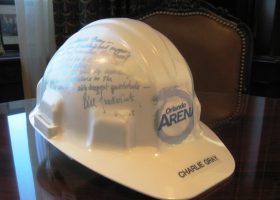