One of the first memories I have of Orlando is attending Hillcrest School. The original school burned down and another school has been built on its site. But I can remember going to play and hurrying through lunch so we could get out to play on the playground….

In this oral history interview with Orlando native Nancy Garmon, under the umbrellas    of Dubsdread Country Club Nancy recalls the joys of growing up in the City Beautiful.

I’m from Orlando originally, I was born here and raised here and I love Orlando…. My mother was reared in Tampa and my father went to work there. That is where they met and he was later hired by Fred G. Tegder of the American Oil Company, the plant here in Orlando. They moved here during the Depression… They would be so surprised that it’s turned from that little provincial town that they moved to into this thriving metropolis… 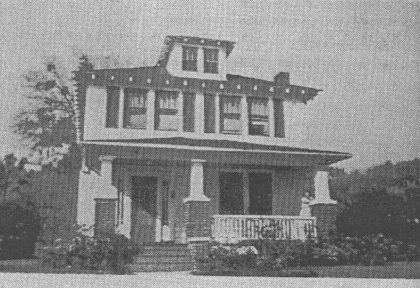 I lived in the heart of Orlando and every Sunday afternoon we would take a ride and sometimes we would go way out to Pine Castle. It would be all afternoon to go out to Pine Castle and then get back to the heart of Orlando. I lived on Lawsona Boulevard… I lived across the street from Bobby Serros and my mother and his mother were very good friends. Right down the street from this little bungalow was a Publix. I think it was the first Publix in Orlando. It’s now a Dexter’s. I can remember my mother teaching me to make phone calls and I would call and order the groceries from this Publix and a little boy would come on his bicycle and deliver the groceries to our house. When I went to Hillcrest on Wednesday afternoon we would walk down to church where the Girl Scout meetings were held and we would have our meetings there…

I think I came to my first dance here. It was always fun to come here. Many, many happy memories. I can remember later maybe back when I was in college, high school it was very common for girls to carry gloves and I always carried gloves. But, I always seemed to lose one so I’m sure I just carpeted the floor of the Beacham Theater with one of my gloves from each pair that I had. We used to dress up and wear heels and gloves and you know those Friday and Saturday night dates were dress up occasions. …I learned a lot from Pounds, loved those dances that we had especially the dances hosted at Orlando Country Club…

Well, this is a church community. We’d always go to church and then have a nice dinner. We’d either go out to Morrison’s or go home. And it was either fried chicken or roast every Sunday. My mother was a really good cook so it really did not matter to us which we did. We knew we were going to be fed well. I was a member of the First Baptist Church in Orlando and later joined the Methodist Church and was married in the Methodist Church…

Diamond in the Sky 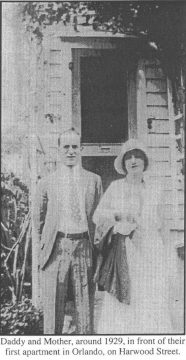 Photo of Mr. and  Mrs. Fred Strickland in front of their first apartment   in Orlando on Harwood Street, circa 1929.

I had gone to Stetson University for two years and I then transferred to University of Florida and then I graduated with a degree in elementary education and I taught school for a total of 23 years. I took a long sabbatical when I was raising my children and then returned. The last few years I taught first grade and loved those little first graders… 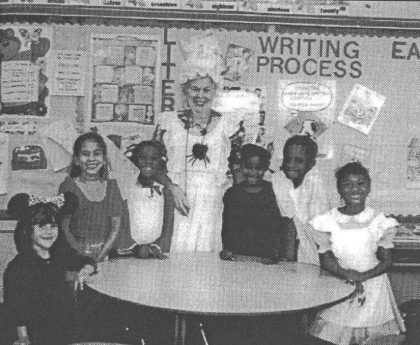 I think the thing that I enjoy most about living in Orlando is being able to recollect various different streets and seeing houses where I’ve gone to visit and had fun. And seeing old friends and reminiscing about old times and just generally enjoying the life that Orlando can bestow on people today. It’s a thriving city. And it has its memories and places of interest of yesteryear, but its continuing to adapt to new surroundings and new venues. And people are nice people no matter when or where so I’m enjoying making new friends as well…

All photos courtesy of the Nancy Strickland Garmon Archives.

In Ms. Garmon’s private memoirs, Once Upon A Time: Reflections and Recollections, Ms. Garmon remembers the Orlando Library:

When Mother and Daddy moved to Orlando, Betty and Barbara would come to visit them. They enjoyed going to Eola Park and Albertson Public Library (the original public library which was on the same location as the main one in Orlando now – corner of Rosalind and Pine). I later enjoyed this library too and would fill up the backseat of my daddy’s car with books from the youth department. I would go there often after school, browse, and read for a while, and he would pick me up on his way home from work…. 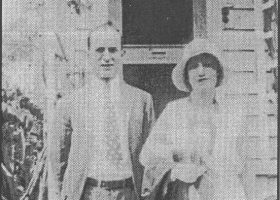 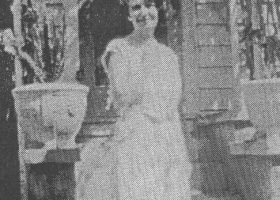 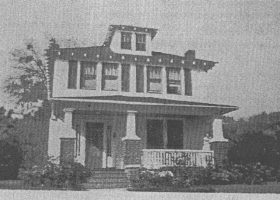 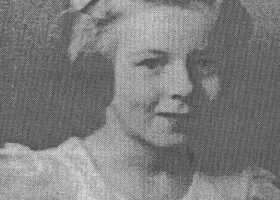 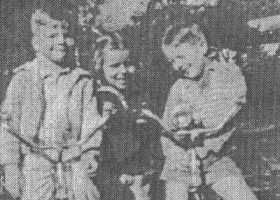 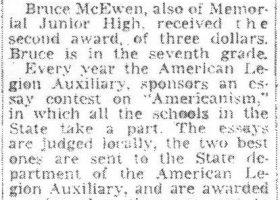 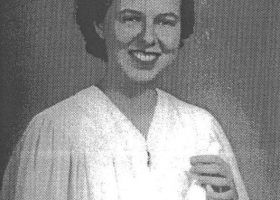 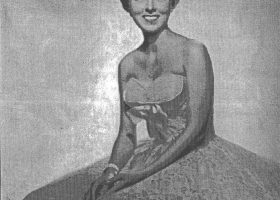 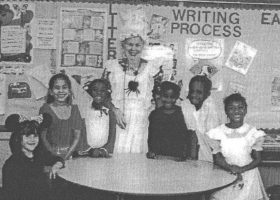