This collection of black and white photographs is from  the personal collection of Tim Orwick, Colonial High School graduate and yearbook photographer extraordinaire. Some of the photos are featured as part of this introduction. Be sure to view all the rest of the photos under IMAGES and add your own photos and memories.

The 1963 Colonial High School yearbook advertisements can be found here on Orlando Memory. 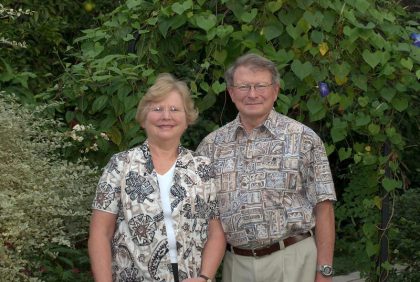 “Tim Orwick has been a “serious” photographer since age 13, when he started processing film and printing enlargements with the guidance of Joe Clancy, a professional photographer in Orlando, Florida. Tim earned as much (or more) than his peers in high school by photographing school activities and community events.

“But, “real life” of college, a career in accounting, software, and systems consulting intervened for about 40 years. Now retired from the business world, Tim has moved exclusively to digital photography. His subjects are nature and events near his home in Colorado and foreign travel. He has begun to digitize many of his old negatives from the late ’50s and early ’60s, a project which will take several more years to complete.” 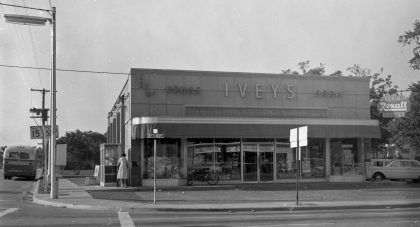 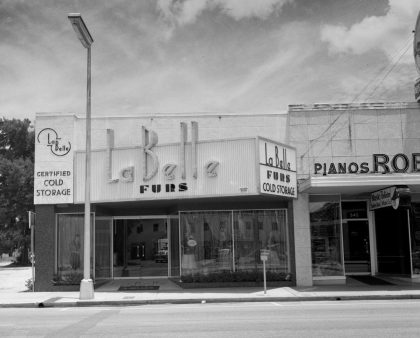 VIEW FULL SIZE and READ MORE
La Belle / LaBelle Furs has been and still is a fixture at  351  Orange Avenue just south of Colonial / Highway 50. Even folks from outlying counties would make the trip to La Belles twice a year – once to get their furs from cold storage for the winter season and again when the weather turned warm to return their furs to cold storage.
La Belle Fur Co. Inc. Morris S. LaBellman, President. Furriers, Cold Storage, Restyling, Cleaning, Glazing.

Bob’s Auto Glass was located  on west  Fairbanks Avenue near the intersection of Ward. Now the location of several shops including Spatz.

According to Polk’s 1963 Orlando and Winter Park (Orange County, Fla) City Directory Bob’s Auto Glass and Seat Cover Center, Inc., was located at 1023 West Fairbanks Avenue near the intersection of Ward Avenue. The manager at the time was Ossie Wibbanks. 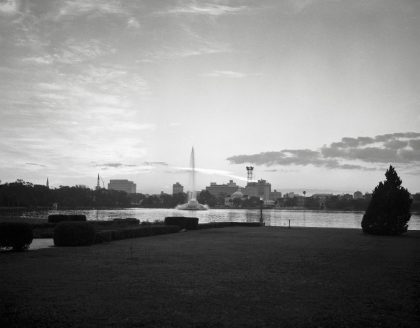 Photograph likely taken from Robinson Street side of Lake Eola catching  fountain in the far left with the Orlando skyline in the background. Buildings identifiable are the Greek Orthodox Church and Orlando Memorial High School / Memorial Middle School on Rosalind.

The Bell Telephone Company tower can be seen on their building located at the corner of Magnolia and Wall Street. The First National Bank Building can also be seen in the background.

Library trivia lovers will note that there is no library visible to the left of the Greek Orthodox Church. That’s because the Albertson Public Library had a much smaller footprint. It faced Central but only comprised about half of the block between Central and Wall Street. 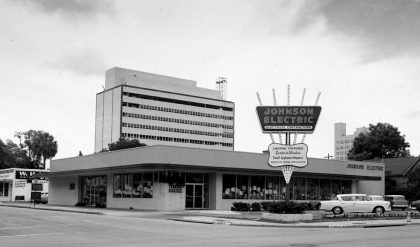 Located at 260 South Magnolia Avenue at Jackson Street, Johnson Electric company was at one time, the only major lighting company in the Orlando area.  Even in 1970s folks from outlying counties would travel to Orlando  at the request of their builders  to select lighting for their homes. 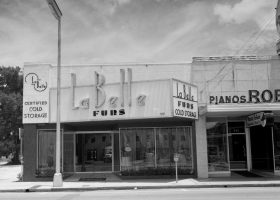 La Belle Furs - Orange Avenue
La Belle / LaBelle Furs has been and still is a fixture on Orange Avenue just south of Colonial / Highway 50....
Bob's Auto Glass - Fairbanks Avenue, Winter Park - circa 1960
Bob's Auto Glass was located on west Fairbanks Avenue near the intersection of Ward. Now the location of several shops including Spatz. According...
Lake Eola looking west circa 1960
Photograph likely taken from Robinson Street side of Lake Eola catching  fountain in the far left with the Orlando skyline in the...
First Federal Savings and Loan Association circa 1960
Unsure of the actual address of this location of the First Federal Savings and Loan Association i  building in this photograph.  Most of...
Main Street (Magnolia Avenue) Orlando circa 1960
Location of the building is 201 North Main at Jefferson. Main became Magnolia Avenue. The building is still standing. From the personal collection...
Winn Dixie - Colonial Drive circa 1960
Photograph of the Winn Dixie on Colonial Drive near Bumby. From the private collection of Tim Orwick. 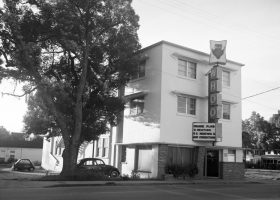 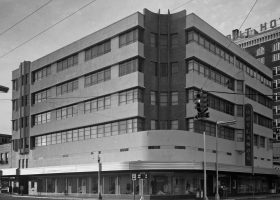 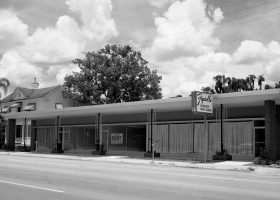 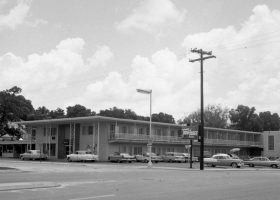 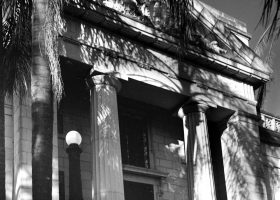 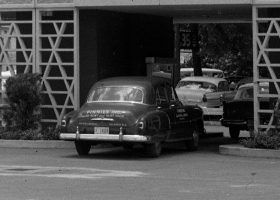