The history of newspapers in Orlando features prominently in books written about  the history of Orlando and Orange County by William Fremont Blackman and E. H. Gore.

Blackman’s book History of Orange County Florida  written in 1925, 22 years earlier than that of Gore’s book From Florida Sand to “The City Beautiful” published in 1947, seems to contain a few errors in the early history. City directories support dates provided by Gore for some of the early publications. Comparing and contrasting the information provided in each, along with Orlando and Orange County Directories and Gazetteers, and microfilm of the publications, provide a good overview of the true history of newspapers in Orlando.

One of the early publications, The South Florida Sentinel, was a weekly started in 1885 in opposition to the Orange County Reporter.

One of the more interesting publications was part of the Orlando Sentinel during the 1950’s and 1960’s. The “pink pages” as they were called by the public as they were printed on pink paper was actually an insert in the Monday paper called The Central Florida Negro Edition. This publication is rich with numerous photographs and stories.

A former Orlando Sentinel staff member queried about the “pink pages” indicated that there were other community sections printed on colored paper inserted in the paper during the week. 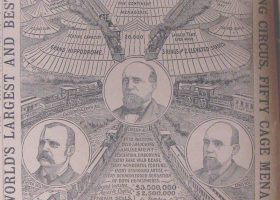 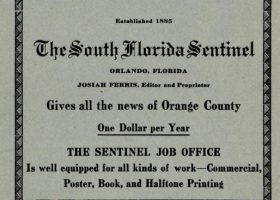 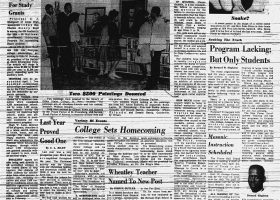 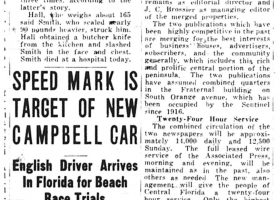 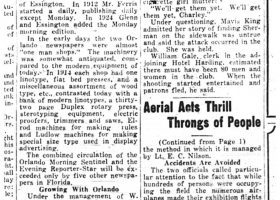 Included on this page are the following:

4. Photograph of Lorenzo Greene, a junior at Mills High School in Webster and his advisor C. S. Williams.