When the San Juan Hotel at the NWC of Orange Avenue and Central Boulevard was slated for demolition, many citizens felt that the past was slipping away – by wrecking ball and bulldozer – and soon would be forgotten. The displays are intended to showcase artistic renderings of the time depicted, with artifacts and historical memorabilia from the location in an effort to preserve the memory of Orlando’s history while acknowledging the potential of the City’s future. The Orlando Public Library houses the third display case created, unveiled in March 1990, on the fourth floor. Displays can be found in numerous other downtown buildings.

*Portions of the above text were borrowed from the documents attached below. 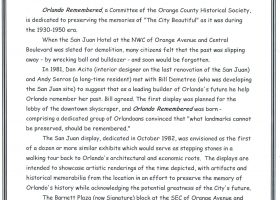 Orlando Remembered 1
No description has been added yet 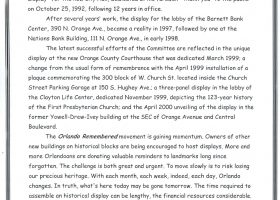 Orlando Remembered 2
No description has been added yet 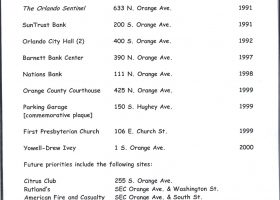 Orlando Remembered 3
No description has been added yet 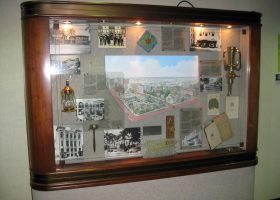