The oldest living resident of Florida and fifth oldest in the world was an ancient bald cypress known as “The Senator”. It was the reason the park surrounding it in Longwood, Florida was named Big Tree Park. The Senator measured 127 feet tall, had a trunk diameter of 17.5 feet and circumference of 47 feet according to the 1950’s era postcard below.

The tree was a tourist attraction for over 150 years, long before the arrival of Disney World, Sea World and Universal Studios. 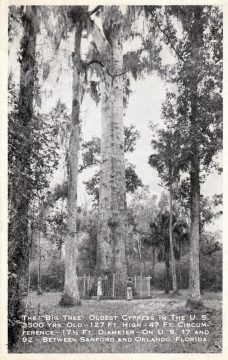 Photos and postcards can be found in family scrapbooks around the United States showing their out-of-town family members visiting the area on vacation, their Honeymoons standing in front of The Senator.

Time had not been kind to The Senator near the end of its life. The tree’s trunk was hollowed out when in 2012 a drug user started a fire in the trunk, burning down the tree. However, The Senator lives on. In 1998 cuttings of the tree were taken by the University of Florida scientists who cloned them and planted them in locations around the state of Florida.

In 2015, the Museum of Seminole County History hosted an exhibit called, The Senator’s Sculptures: Ancient Wood Reborn, a display presenting works crafted by Florida artists using remains from the Senator tree, a 3,500-year-old Bald Cypress which served as a landmark and local attraction for hundreds of years. From June 6 through September 30, 2015, over 100 pieces of wood sculptures derived from the largest Bald Cypress tree in the United States, created by 18 artists, were on display at the Museum.

Additional information from the Seminole County History Museum:
The Senator was tragically burned on January 16, 2012 at its home, Big Tree Park in Longwood, which is part of the 1,400-acre Spring Hammock Preserve. Upon hearing the heartbreaking news, Bob Hughes, the owner of a Geneva sawmill and rescued wood shop, collaborated with Seminole County officials to ensure the remaining timbers and charred pieces of the tree were preserved through art for future generations. “I started thinking about maybe rescuing or saving the tree…our business is built around rescuing trees and saving what is left of them and turning them into something,” Hughes said.

Nearly all of the participating Senator wood artists are Floridians, and namely from Central Florida. The pieces crafted are all representations of Florida nature and history. Among the works, six, ten foot tall panels were finished and mounted to mimic the Senator’s circumference of 35 feet, recreating the footprint of the Big Tree inside the exhibit.

Back to top
TAGS: Big Tree Park, The Senator
ATTACHMENTS 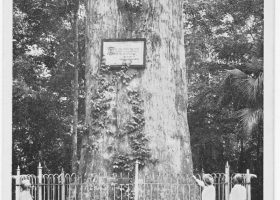 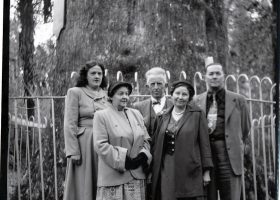 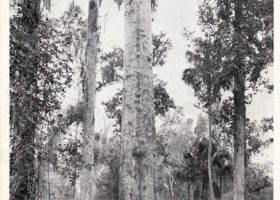 On January 16, 2012 we lost the oldest living tree in Florida and the fifth oldest tree in the world when the Senator in Big Tree Park was destroyed by fire. This is a poem written by Paul Peterzel, a local resident and photographer wrote about "The Senator." The poem was published in the February/March edition of the "Seminole" magazine.