The updated and expanded Municipal Auditorium was opened to the public during a Gala Celebration that took place May 5-14, 1978. A booklet created to memorialize the Gala Celebration was presented to every person attending one of the Gala Events. It features a bio of Robert Spencer Carr, better know to Orlandoans as Bob Carr, a photograph of the buildings before the remodel and an artists depiction of the newly remodeled structure and information on all the updates and upgrades completed. Quoting from the letter of Mayor Carl T. Langford in the front of the booklet:

“Whether you are attending the opening night or any evening of this Gala Opening, the City of Orlando extends a heartfelt welcome to you. The purpose of this Gala Celebration is to expose the Mayor Bob Carr Municipal Auditorium to the maximum number of people whether your tastes are Symphony or Country, Ballet or Rock. In other words, “Up Beat, Downtown, Something for Everyone.” We hope you’ll be provided with entertainment to your liking! This is your auditorium — for the privilege of all Central Floridians to enjoy.” 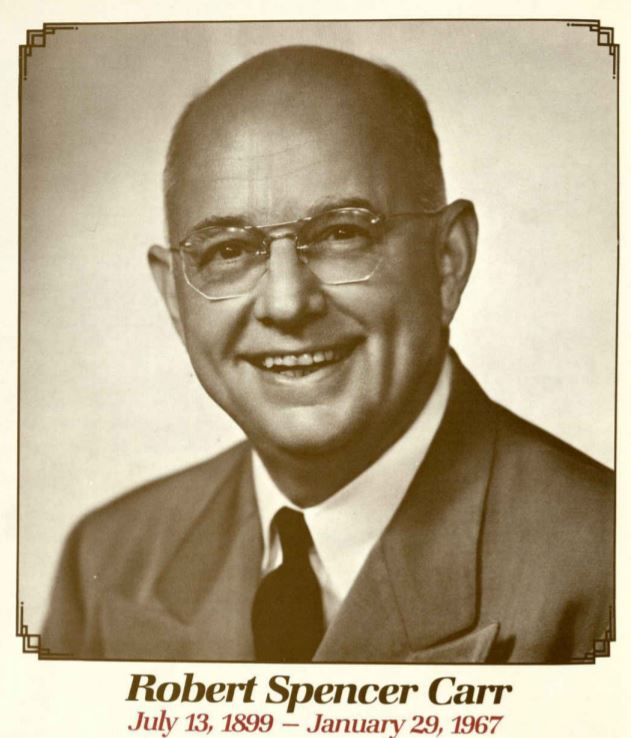 The booklet is in the Orlando Mayor Bob Carr Municipal Auditorium file at the Orlando Public Library or you can peruse it here.

Peruse the images and documents below under ATTACHMENTS.

This is the program for the American Ballet Theatre performance on Wednesday, March 29, 1967 at the Orlando Municipal Auditorium (later the...

Program for the Thursday, February 13, 1969, performance of the Detroit Symphony Orchestra at the Orlando Municipal Auditorium (later the Bob Carr...

The updated and expanded Municipal Auditorium was opened to the public during a Gala Celebration that took place May 5-14, 1978. A...

Photo of Bob Carr in the Dedication program.

The program is part of the Florida Associations vertical file at the Orlando Public Library.