Almsgiving is a Lenten tradition at Saint James Catholic Cathedral in downtown Orlando.

St. James Cathedral has a long history of helping those in need in our community.

During the 1973-74 recession years, the parishioners of St. James prepared food packs to give to the unemployed and prepared hot meals twice a week which were served on the patio.

Eventually the numbers became so great  Father Page, the pastor of St. James,  asked the Christian Service Center to take over the feeding program  which became known as Daily Bread. 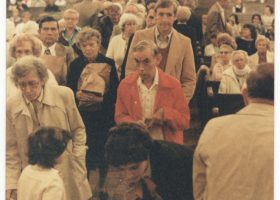 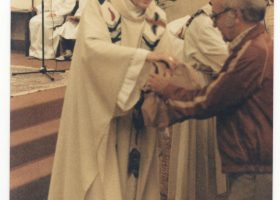 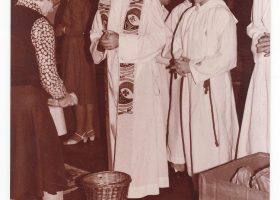 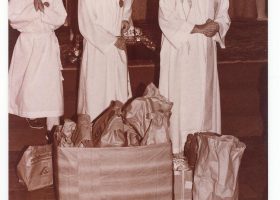 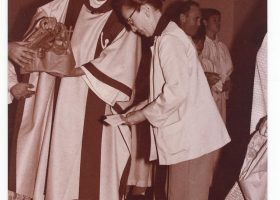 Saint James Cathedral
Bishop Grady collects food donations from St. James Cathedral parishioners for the poor in our community. From a $90,000 a year thrift store... 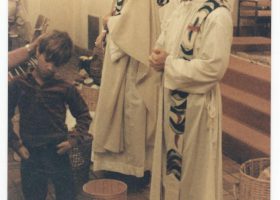 Saint James Cathedral
Bishop Grady and Father David Page receive food for the poor from parishioners of all ages  during Thanksgiving Mass, 1984, at Saint... 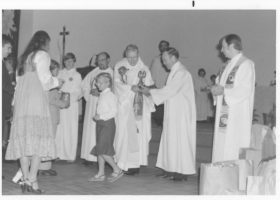 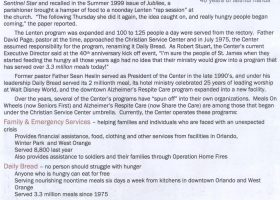