Included in the program are the photos and names of the players, their numbers, positions, schedule for the year and many advertisements.

Of special interest is the Orlando High School Tigers Yell: 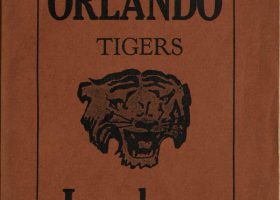