Rudolph C. de Guehery opened his rubber stamp business in 1939 in the O’Neal Arcade at 120 North Orange Avenue in downtown Orlando. The business then moved to this photographed location (105 North Garland Avenue) around 1950. 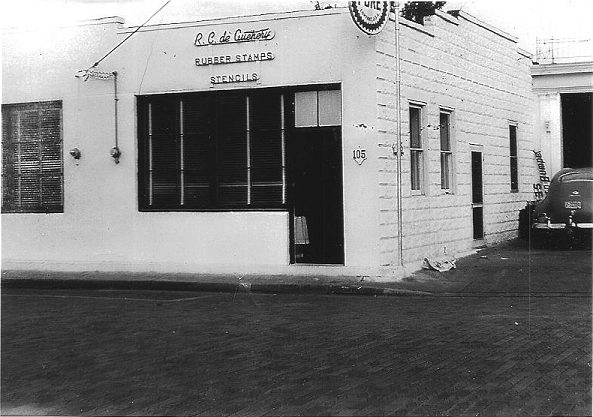 My grandfather, R. C. de Guehery, moved to Orlando from Hannibal, Missouri in 1937 or 1938 with his wife Lois and two sons, Lindsey and Bill. They lived in Meritt Park which is the neighborhood near Harry P. Leu Gardens. Lois passed away in 1938 leaving a life insurance policy worth $25,000 which was a very large amount of money in those times.

Grandpa moved to a rooming house and began contemplating opening up his own business. Lindsey, left Rollins to join the Navy, flying search and rescue missions in the South Pacific for two and a half years. My Dad also joined the Army but was eventually released due to poor health.

While Uncle Lindsey was away Grampa wrote letters in which he talks about seeing soldiers from different countries. “Today I passed two French officers and a few days ago a Scottish officer dressed up in fancy plaid trousers and carrying a ‘swagger stick.’” He said there were dozens of Generals and some Admirals going to school here and it “added color and interest to Orange Avenue”. He had a good view of Orange from his first office at 120 N. Orange Avenue, the O’Neal Arcade.

Relatives Paul and Elizabeth de Guehery had immigrated here from Germany and Paul became Grandpa’s first partners in the rubber stamp business. They worked together for several years before Paul and Elizabeth relocated to California.

Lindsey got out of the service in September of 1945 and came back to finish his degree at Rollins. He worked for Grandpa during those years travelling and developing the customer base . He purchased property on Via Tuscany and lived in a trailer there until his house was built. During this time he also raised goats. (Winter Park was different back then.) In 1949, Lindsey left for Missouri to study to become a Chiropractor.

My Dad was working for Fairchild as an ambulance driver and embalmer. We moved into Uncle Lindsey’s house while he was away. During this period Grandpa moved in with us because it was difficult to find an apartment due to all of the military people stationed here. So this really helped them out. Grandpa moved his business to 105 E. Garland Street around 1950.

Lindsey returned in 1952 and opened his practice on Comstock Avenue. Dad left the funeral business and started working for Grandpa and, around 1955, they moved the business to 104 1/2 West Central Blvd. It was upstairs right on the railroad tracks. The business stayed there until the early 60’s when they moved to 64 W. Robinson Street, where we are still located today. 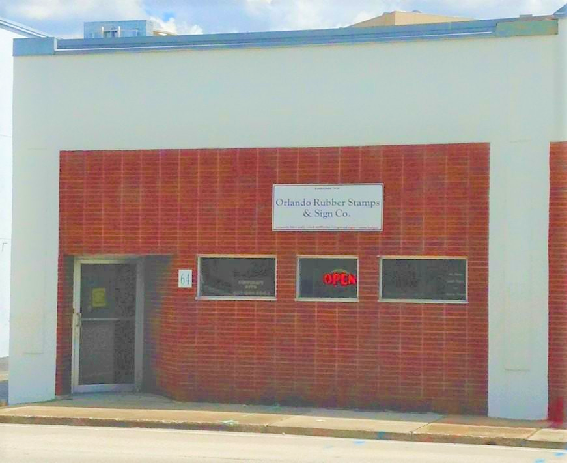 During those days there was an older gentleman (Mr. Peter) also from Germany who walked from out near the Ben White raceway to work. He set all the type by hand and Grandpa would assemble and proof the “chase,” which was the size of a full page. Then Mr. Jerry would take the type and make the rubber stamps, bringing them up to Dad who would invoice and package them up. There were two letter presses which used to print stock certificates. Embossing seals and signs were engraved by a series of employees.

By the late 60’s my sister Billie and I were both working at the business. Mr. Peter had finally retired along with Mr. Jerry. Billie took over setting type on the new Ludlow, which was the state of the art for typesetting. We purchased one of the first computer engravers to come on the market. I remember driving to Tampa with my son Wade and bringing it back. Computers revolutionized the industry. Wade set up computers for printing instead of using the letter press…engraving was computerized, enabling seals and signs to be quickly produced. He established a website and dragged us into the 21st century!

We continue to produce the same products today but computers mean far fewer employees. We have experienced the Disney boom and the influx of people from all over the world to our once tiny little town in the midst of orange groves and lakes. I am proud to continue Grandpa’s legacy and am grateful that we are still here. He would be very pleased. 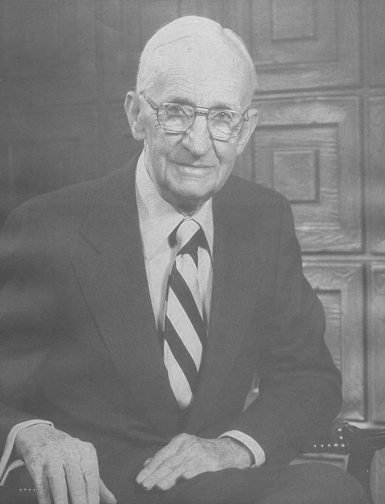