See IMAGES below for Obituary.

Emma Abbott Lyman 1911
Published in the Rome (Georgia) Tribune, December 22, 1911. Emma was performing with the Lyman brothers in "The Spectators," the final play written...

The Lyman Twins 1904
Herbert and Herman Lyman from an advertisement in a Kentucky newspaper, 1904 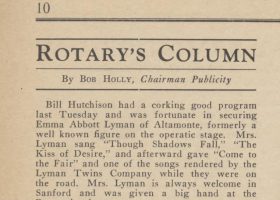 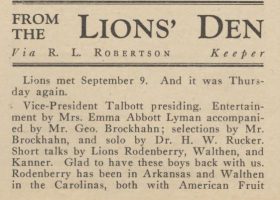 The obituary for Emma Abbott Lyman was published in the Orlando Reporter Star on 14 August 1943, page 2, columns 5 and 6. Emma died on 13 Aguust 1943 and is buried in GreenWood Cemetery Section L, Lot 12-3. Emma Abbott Lyman (wife of Howard Charles Lyman) and  her brother in law Herbert Lucius Lyman apparantly bought the plots on 18 July 1923, around the time of Howard Lyman's untimely death in 1923.